As Pennsylvania lawmakers acknowledge the impact of the opioid epidemic in their state, one unorthodox solution has led to debate among not only legislators, but civil rights advocates and those who have personal ties to addiction.

Letting an individual hit “rock bottom” has long been considered a way of motivating them to get treatment that they otherwise might not have accepted. However, some people become so consumed by their addiction that the boundary of rock bottom keeps getting pushed further and further–past legal consequences, overdoses and the severing of ties with family and friends–that death seems to be the only thing that will stop them from continuing to use their substance of choice.

Some Pennsylvania legislators now argue that family members should be able to involuntarily commit an individual to drug or alcohol treatment. The process would involve:

A second, similar proposal would require that the person being committed experience an overdose before they have to receive treatment.1

Such a law might sound like a welcome relief to individuals with a friend or family member who has been stuck in the cycle of addiction. However, others–like the ACLU–worry that such a law might violate a person’s individual civil liberties. 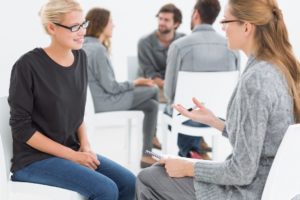 Addiction professionals note that treatment is often less effective for those who are forced into it. Individuals who willingly enter treatment may have a sense of readiness and determination that makes it easier for them to fully commit to a new lifestyle; those forced to enter treatment may lack those same intrinsic motivations, making a relapse more likely.

Currently, individuals at treatment facilities in Pennsylvania are able to leave against medical advice at any time. An involuntary treatment law would require an overhaul of existing treatment facilities, and likely the construction of new ones with more space for clients as well.

The debate about involuntary treatment will continue as lawmakers hope to find a solution for the epidemic of opioid- and heroin-related overdoses that continues in the state.

Mental Health in Pennsylvania: Where Does it Rank?
Next